Enchanted, fairytale-like sceneries await all along the Riviera Ligure. Beloved by the writers that have told their story to the world, Portofino, Cinque Terre, and the Gulf of Poets greet us one after the other, as we work our way down the coast from Genoa to magical Versilia.

Fresh air and pure nature, towns nestled amidst mountain rocks, and terraced vineyards, the Riviera di Levante offers a unique itinerary that begins from the Gulf of Genoa and arrives at Val di Magra (on the confines with the Region of Tuscany).

At the center of the Gulf are the same-named Regional Capital, also a UNESCO World Heritage Site; and the tiny Nervi, with its small, graceful port. In summertime, a number of cultural festivals are held here, among them the International Ballet Festival.

Charming towns that speak of the sea in every aspect and typical inland villages animate the Gulf of Paradise: from Bogliasco and Avegno to the jewel that is Camogli – famous for its pretty, miniscule port with multi-colored palazzi lining the water.

Yet it’s not only about sights, but tastes as well: if you decide to make a little stop in Recco (on the way to the Gulf of Tigullio), you can taste this gastronomic capital’s enticing foccaccia.

The Gulf of Paradise is perhaps the most beloved by tourists in search of its particular mix of nature, history and glitz. It is here that from the pristine Regional Natural Park, you will find the exclusive Portofino, frequented by the international jet-set. Following are Lavagna, one of the major touristic ports on the Mediterranean, and Rapallo, a city that perfectly fuses history, art, and beautiful natural scenery. Those passionate for the sea will also appreciate swimming in the picturesque coves of Santa Margherita Ligure and Sestri Levante.

At the center of the terrain around Riviera Ligure di Levante lie the lidos of Levanto, little city of ancient origins and important touristic hub. This is where the internationally-renowned Cinque Terre begins.

Taking the route towards Porto Venere and Lerici, rather, you will happen on the Gulf of Poets – or the Gulf of La Spezia – where man, earth and sea seem to have reached perfect harmony.

Sarzana rises up in the Val di Magra, between La Spezia and Massa Carrara, heart of the historic territory of Lunigiana, and the endpoint of a tour of this astounding and awe-inspiring Riviera of Liguria. But of course, when you’re ready to take on a new tract of the breathtaking Italian coast, Versilia beckons! 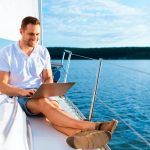 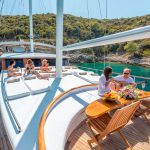 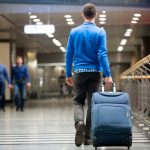 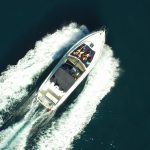 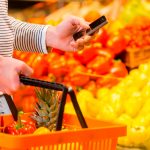 T&H Awards A new award for our trajectory
Sunday, December 13, 2020 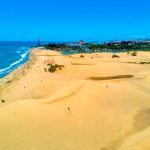 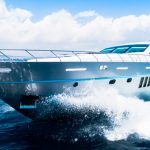 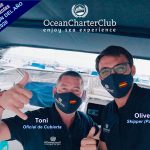 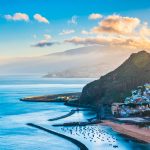 Discover the Canary Islands from the sea
Tuesday, October 27, 2020 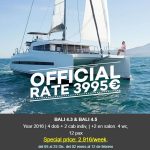 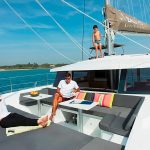 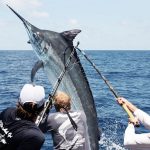 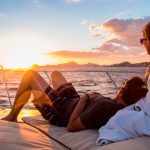 Sunset Charter: the best moments of the day
Sunday, August 9, 2020
Open chat
May I help you?
Powered by
My name is Virgilio, may I help you.